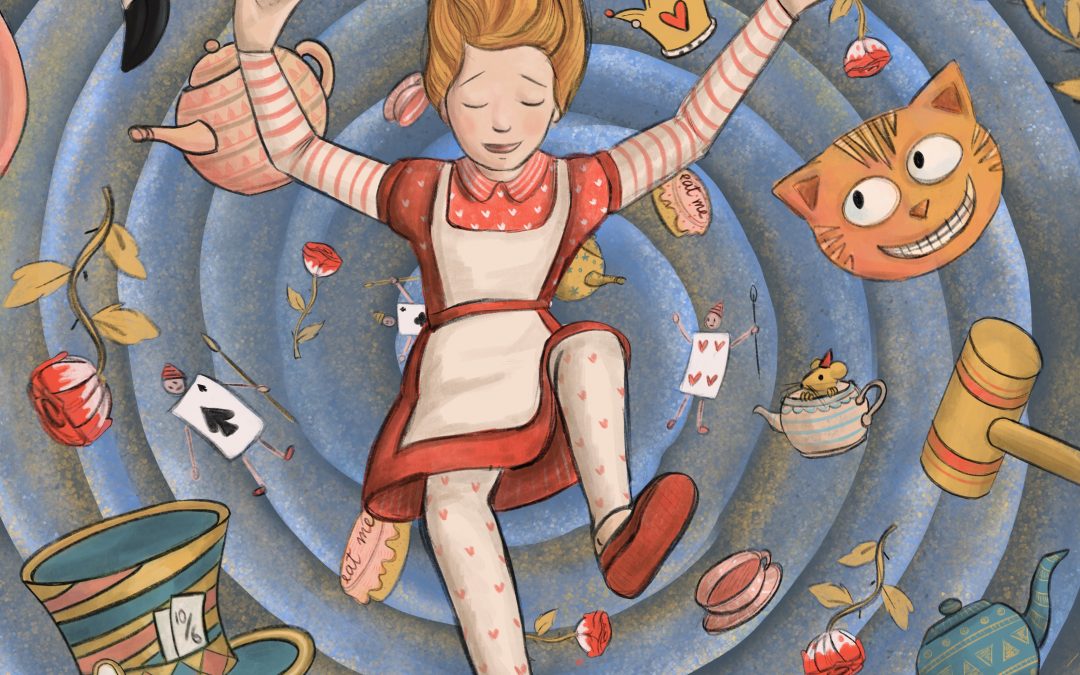 Today I want to talk about a project that, although I have worked on it over a year ago, is still very dear to me and it is actually one of my all time favorite pieces: Alice in Wonderland.

As many of the pieces that I end up adding to my portfolio, this was something I decided to work on for a contest. A contest that I didn’t win, but I see contests as good opportunities anyway: if I win, great, if I don’t it is still a good way to work on a prompt that maybe is something I would not have thought about on my own.

The contest’s prompt was to create a cover and a spread from Alice in Wonderland. Initially, I wasn’t too excited about it, to be honest Alice in Wonderland has never been one of my favorites neither as a book nor as a Disney movie. Actually, I remember being postively terrified of the movie and to this day I get very uncomfortable watching it. But there was the challenge: how could I create a version of a story that after all was not my favorite? Wouldn’t that be something worth exploring? If one day I finally get a job with a major publisher and I don’t like the story, shouldn’t I be able to give it my best? So I decided to try.

First of all I decided to listen to the audiobook version of the original book, just to have a reference that was not from Disney. I like to immerse myself in what I am working on when possible. I was hoping to create an Alice completely different from the Disney one, but also wanted to adhere to the book and I found that the blonde hair was part of the original character. The clothes however could be changed and so I went with red instead of blue, which seem to be to go better with Alice’s boisterous personality. For the spread, I decided to show the mad hatter’s tea party. 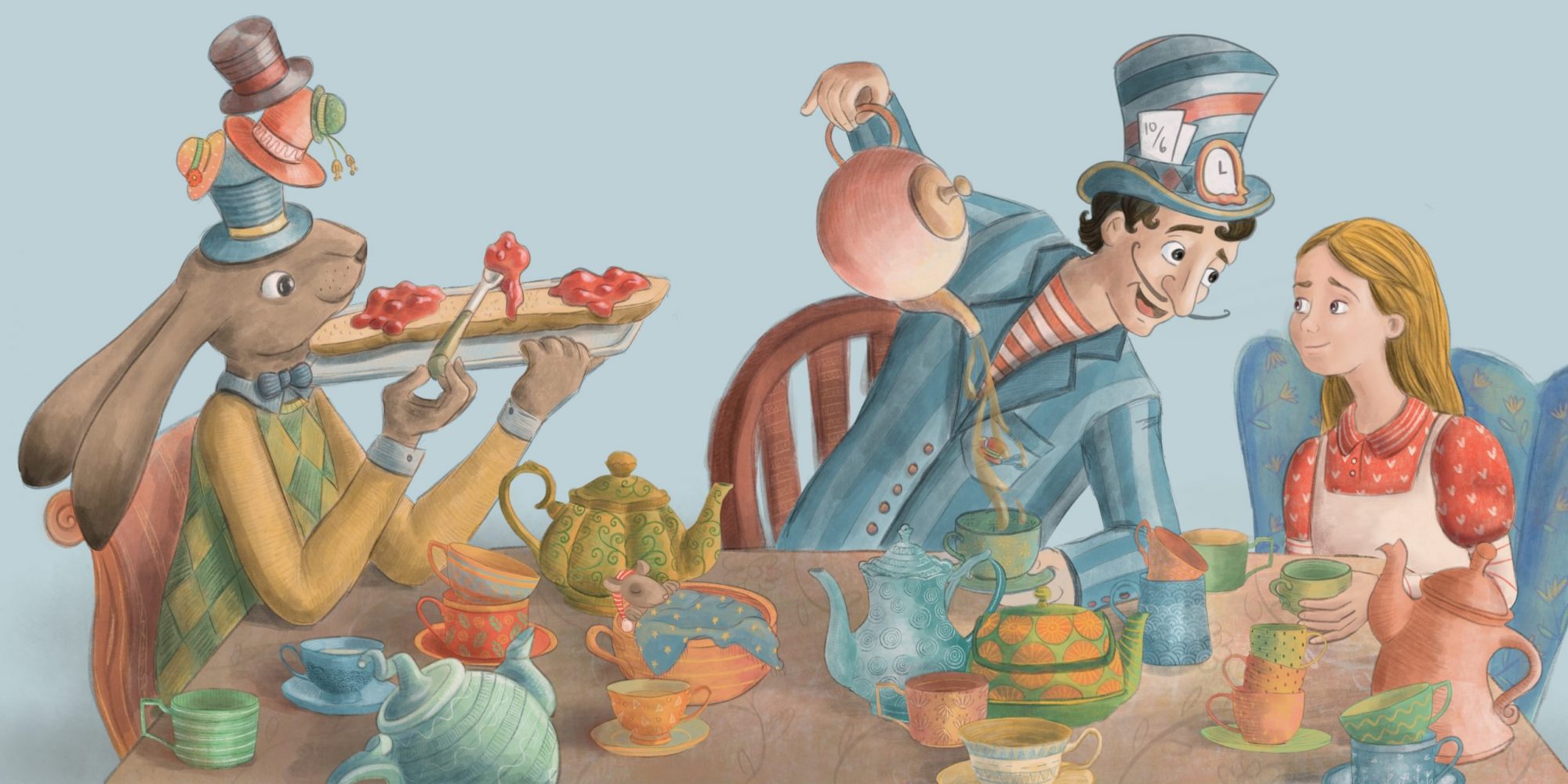 Alice taking tea with the mad hatter, the dormouse and the March Hare. From the book Alice in Wonderland by Lewis Carroll, Illustrated by Gabriella Vagnoli 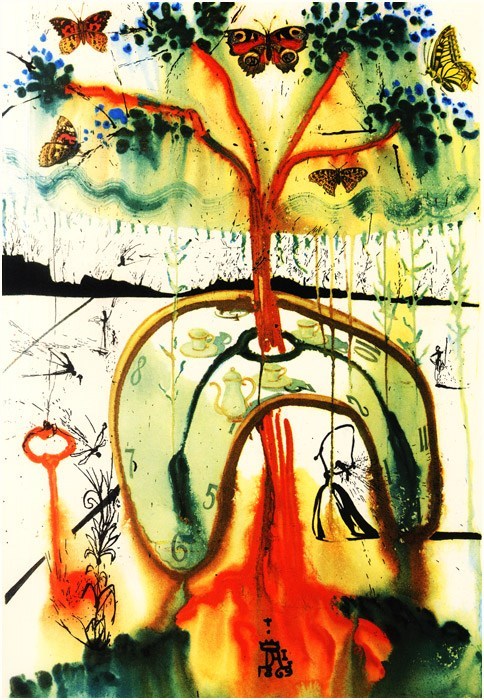 For the Mad Hare I wanted it to be doing something nonsensical so I decided to have it put jam on some bread as if it was a violin and had fun creating some silly hat for it.

The most fun of all though for me was creating all the different teapots and mugs! I have to confess that there are a few I wish I could own in real life, for example that nice rounded teapot in the front with the twirly top! 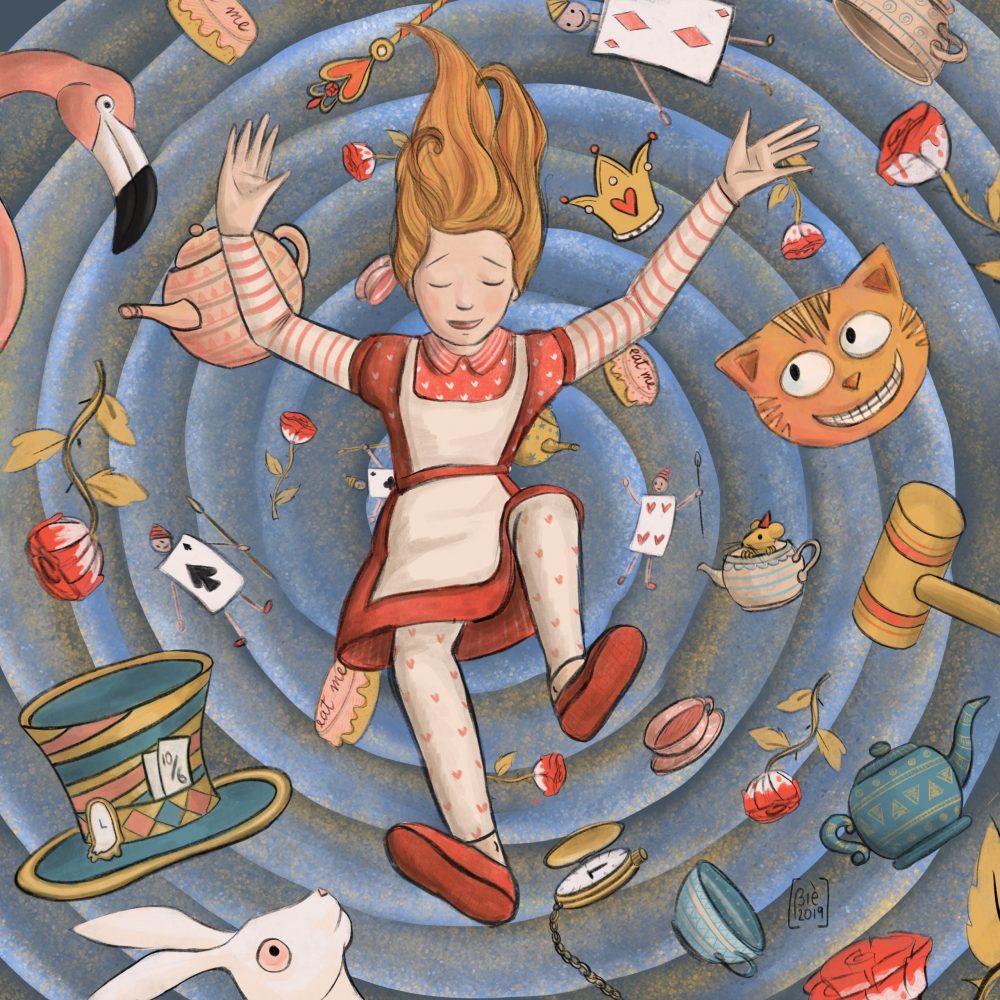 Alice falling through the rabbit hole

For the cover I decided to show Alice falling through the rabbit hole, but instead of making her scared or worried, I wanted to show her confidently throwing herself into the hole, because I think after all Alice is pretty fearless in following the rabbit. I added several elements from the story twirling around her including the hat from the mad hatter, the painted roses, the white rabbit, the cards, the croquet and the Cheshire cat. I really enjoy this piece and it was teh first in which I explored many of the brushes that I still use to this day. I think if I had to go back and redo it I would probably get rid of the black lines, but I am not sure, I do like the sketchy nature of it.

Anyway, I hope you enjoy this look into my process and thinking about the pieces I create! Until next time!